There was a pretty impressive response to the call for a grassroots assault on HB392.  Whatever the original intentions of the bills sponsors, it is pretty clear by now that an overwhelming response AGAINST the bill has all but guaranteed it will not be worked this year, even under suspended rules during June 30th's Midnight MADNESS! law-la-palooza.  The 9-12 Delaware Patriots played a big roll in organizing a direct response, mobilizing about 30 activists from their own organization, as well as other grassroots organizations around the state, to come out to Legislative Hall at 10am yesterday.  Their report can be viewed online here.  I was honored to be among them. 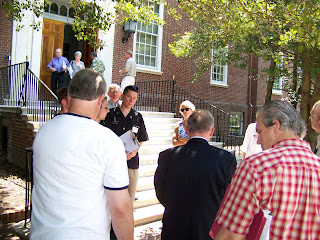 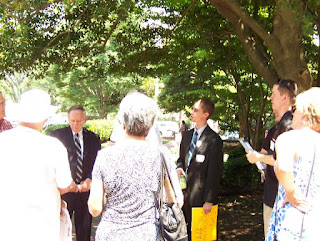 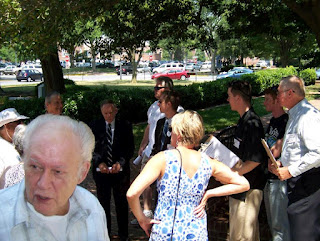 Thank you to everyone who attended. 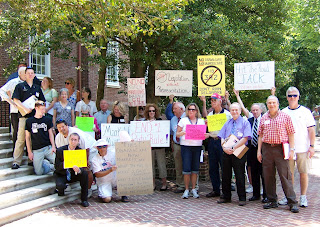 For my own comments on the days events, I am satisfied that there is not enough support for a bill touching an issue with this many moving parts to be worked through the legislature this year, but this IS going to be a focus of Democratic campaign events across the state during the summer, billed out as public meetings to discuss the bill.  Representative John Kowalko, one of the bill's sponsors, invited us to email him with any questions we had.  That's next on my list of things to do.  Among the questions I will have for him are:

How will retirees who have health insurance provided through a private carrier as part of their retirement cope with the changes proposed under this legislation?  If private insurance carriers are not allowed to do business in the state when their services overlap those covered by the Health Security Authority (HSA), will retirees lose their current insurance plans and be placed on this new plan?

Do we have any sort of idea what the Health Security Board will choose to offer coverage for?  How will their offerings and their reimbursement rates compare to those currently on offer from private insurance, medicaid, and medicare?

Do the provisions of the PPACA and other federal health care laws allow Delaware to divert all Medicaid and Medicare payments into the Health Security Fund?

How much of the HSA's funding is likely to be used for the development of an in-state capacity to handle more of Delaware's health care needs?  Is a board of 15 members and 45 advisory council members sufficiently prescient to make such decisions?  How effective are the mechanisms of preventing a conflict of interest in these decisions from diverting HSA funds to inefficiently expand the business interests of connected board members at the expense of the quality and efficiency of Delaware's overall health care capabilities?

What are the anticipated costs and revenue projections of the HSA?  The tax rates are included in the bill but the fiscal note is incomplete.  The only cost projections and revenue projections I have seen were generated by Steve Newton at the Delaware Libertarian.  Where are the flaws in his numbers and can we see the numbers used by the Controller General's office and the Secretary of Finance?

What are the likely consequences if costs are not effectively controlled and the quality or availability of local health care declines?  What are the likely responses of the Health Security Board?  Will they reduce reimbursements?  What effect is that likely to have on the number of doctors doing business in Delaware?  Will they reduce coverage?  What treatments will no longer be covered and how will the discretion of the Health Security Board coincide with the availability and marketability of private insurance alternatives allowed to operate where the HSA does not?  Will they increase taxes?  Which of the taxes will be increased?  The tax on heads of household?  The tax on high income households?  The payroll taxes?  On what sized businesses?  By how much?  Will they expand the applicability of the tax to all income earners, not just heads of household?  Will they plug budget gaps with general revenues?

What effects of increased taxes are anticipated?  Are any businesses tax sensitive enough and carrying low enough health insurance costs that such a transition may force them to downsize or relocate?  How is this likely to impact hiring by companies on the threshold of moving to a higher payroll tax bracket?  How is this likely to impact hiring generally as labor costs are increased through additional taxation and perhaps only partially offset by reductions in health insurance costs?  Will levying the personal tax exclusively on heads of household encourage additional "household" formation?

Finally, and most importantly, is this the best way to address our health care problems in Delaware?  Should we focus all of the decisions about what is covered and at what rates in the hands of 15 people who will be appointed by various politicians?  Or should we be trying to return more of the decisions about what we will pay for and what we are willing to pay to ourselves as individuals, families, and communities?

How would we go about doing THAT instead? 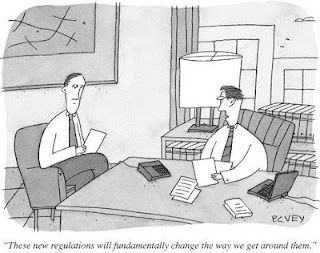 Don't forget to read all of Steve Newton's stuff on the Delaware Libertarian.

Oh yeah, and one more question:


When and where are the public meetings going to be?  I'll be there.

Stay tuned for upcoming events and such.  There's a few good ones coming up.

UPDATE: This needs to be said.  I have heard rumors that certain individuals are saying that I have been "endorsed" by the 9-12 Delaware Patriots.  That's ridiculous.  That organization does not do endorsements.  I am honored to have the support of many people I have met at their meetings, the begrudging respect of others, and the downright loathing of some, but the organization is an open venue for all people, and particularly in the lead up to the election for all candidates.  I was grateful for the warm reception I received at their meeting on Tuesday, I was proud to stand with them against this legislation, and I have met a lot of people and learned a great deal by attending their meetings, but I have not been endorsed by an organization that does not do endorsements.  I suppose the rumor can only help me, but at their expense.  That isn't right.
Posted by Will McVay at 6/21/2012 02:29:00 PM