I was having a conversation with my father the other day in the context of the League of Women Voters forums which have been hosted over the last two weeks.  He was saying that the incumbents at the local candidate forum in particular on October 17th seemed to be very knowledgeable about the issues and legislation in Delaware.  I noticed a similar familiarity with the intricacies of federal policy from Senator Carper at the statewide forum on October 24th.  His comment was that this expertise was of little value if the candidates did not philosophically align with the voters.

I would take that one step further.  It should be expected that incumbent legislators are familiar with the issues and legislation they are charged with addressing and voting on.  Anyone doing the job as long as they have should have a passable knowledge above and beyond what should be expected of the average voter sitting in the audience.  They can reveal (a little) inside baseball about how a piece of legislation was developed and the various working groups they have been part of to try to address this issue or that one.  If, having done the job for 4-18 years, they cannot present themselves in a way that illustrates their obvious experience, then they are clearly ill suited to the position.

What voters must ask themselves, beyond philosophy, is what are the results?

If the result is higher taxes, more spending, and less freedom and prosperity, then what good is a little inside baseball?  Any challenger given a month or two to get their bearings once elected will be familiar with the procedures and issues getting things done in the legislature.  Incumbents may start with that advantage, but they also carry the disadvantage of having presided over what has come before.  They have voting records illustrating the issues they've gotten wrong, the compromises they've made to appease the special interests bankrolling them, and the failures they've presided over either through action or inaction.

Last night, I was privileged to meet both of my opponents and a number of candidates for other offices at the Modern Maturity Center for the League of Women Voters Candidate Forum.  Among the topics discussed was education.  A number of educators from the audience came to me afterwards to commend me for my comments on education.  In my answers, I noted that there was a shared consensus among everyone on the stage that one of the most important things that could be done for education was to ensure that more education dollars were actually spent in the classroom rather than on administrative costs at the state and local levels, but that despite the apparent agreement between the Democrats and Republicans present, the goal hadn't been achieved.

What was distinctly absent from the responses of the other candidates was any discussion of CHOICE.  Delaware has one of the highest levels of education spending per pupil in the country, so the money is there.  If our results are not what we would want or expect for the money that is being spent, and if the political powers that be have not been able to achieve their goals with budgets and regulations despite the apparent agreement on those goals, then what is to be done?

My answer focused on the issue of choice.  If parents and students aren't getting the education they need and want from the public schools in their district, they should have the choice of moving those education dollars to a school that will meet their expectations.  If that means another public school, a private school, or homeschooling, they should have the freedom to vote with their feet and the option to hold that final rebuke over the heads of their school administrators.

Public education in Delaware holds a monopoly.  Bloated budgets that spend more on administrative overhead than they do on actually providing the services demanded are not a bug, they are a feature of that monopoly.  Only by holding the state Department of Education and public school districts accountable for results through retaining the option to fire them can inflated costs and sub par results be brought under control and accountability be restored.

The two-party candidates agree that more tax dollars need to be spent in classrooms instead of on administration.  They agree that special interests should not hold more sway than professional educators and parents.  They cannot seem to bring themselves to restore choice as the ultimate mechanism for accountability in education. 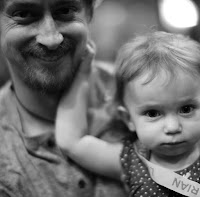