I talk to a lot of people. Most of them aren't involved or even really interested in politics. They want to know how their bills are going to get paid and if they'll get work. I tell them the truth. I can't give you work. What I CAN do, is create an environment conducive to business, so someone else can put you to work without jumping through endless hoops and cutting through miles of red tape to do it.

Although "Dover" isn't one of the examples given in the video, I've attended Kent County Levy Court public sessions and Dover City Council sessions. I've seen first hand some of the red tape an entrepreneur needs to cut through to get the job done.

The owners of the Lakeland Mobile Home Park in the 32nd District are maintaining a couple of outdated lots with old infrastructure and non-standard homes. Rather than spend a ton of money upgrading this infrastructure, replacing the homes, or leaving the area to blight and deteriorating property values, the owner decided they wanted to redevelop the front of the park to serve a commercial purpose. That is, to create jobs.

What they COULD have done, perfectly within the bounds of the law, is raise the lot rent to an exorbitant amount and indirectly forced the residents out of their homes. Instead, they developed a TWENTY YEAR, that's 2-0 year plan to gradually move the residents to other parks, other parts of the Lakeland Park, or wherever the residents chose to go. They also offered to pay part of the cost of relocating, up to a certain amount. Sounds super reasonable, right?

One of the Levy Court Commissioners voted against the plan. Even those that voted in favor of it spent about an HOUR grilling one of the developer's representatives about the details. All of this so they could re-zone the property, that belonged to the developer anyway, so they could do with it as they please, and create jobs for the Dover area.

In another example, the Dover City Council was asked to consider the rezoning of another property from Manufacturing to a certain kind of Commercial property. This would have limited the number of employees that could have worked on the property, but removed a great deal of the licensing and development requirements to occupy what was, at the time, a vacant lot.

Hmmm...destroy a community through rent increases, leave the area to blight, or do the right thing by the residents and create jobs for the Dover area. No brainer. Quit wasting the man's time and money.

Hmmm...rezone a property so it can be occupied and...guess what? Create jobs? Or don't, leave it unoccupied, and create nothing. Also a no brainer.

These are just TWO specific examples of government interfering with the private sector as they try to find the most efficient use of their assets and ultimately create work opportunities for those in the Dover area. What are these people doing? Why are we reelecting petty tyrants who get off on getting in the way? Why do business owners FUND the campaigns of the politicians who will only obstruct their operations?

That is my promise to the 32nd District. I will not get in the way. I will get out of the way. Beyond that, I will serve my constituents by standing up for their property rights, and their right to create jobs and develop the community whenever someone is standing in their way. I won't demand "campaign contributions" in exchange for my services either. I'll just do it. Because it's the right thing to do by them and the right thing to do by the 32nd District.

The negativity continues. Almost every day, my parents, who live in the 32nd District and whose address is listed as the official address for my campaign, receive some nasty piece of mail or another attacking one of my opponents. I don't know what they hope to accomplish. I'm pretty sure my parents are voting for me...

The mail attacking the incumbent is anonymous. It's not coming from me, and I doubt the incumbent would attack himself, so I bet I know where it's coming from. I've also seen a mailer attacking my Republican opponents. I will give credit to the incumbent. At least he put his name on his attack. Good job. I guess.

The people I talk to are fed up with this too. Why do the incumbent party politicians always resort to attacks? Don't they feel strong enough in their own convictions to stand by themselves? Must they always invoke fear of "the other" in order to gain votes? I don't know what of this nasty mail is true and what is not. What I do know is that I am telling you about me, and what I believe. If you support it, I hope I will earn your support on the 2nd of November. If the nastiness is true, well, I guess be thankful that I am not either of them. 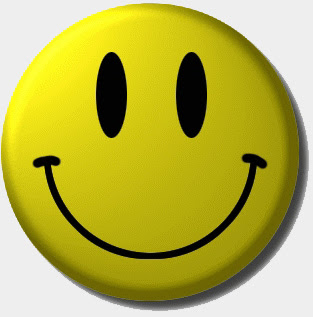 Finally, before I end what is quickly becoming a very long article, I saw an editorial today in the Dover Post by a friend of mine, Mr. Dick Cook. I have a great deal of respect for Mr. Cook and he has proven a wellspring of good advice throughout the course of this campaign. I must, however, disagree with him on the subject of his editorial. He says that this election, and every election, is about deciding "which" party will control the legislative agenda.

Anyone who's been paying attention to my articles, statements, and outright rants over the course of this campaign knows that I find the very concept of any ONE party controlling the legislative agenda abhorrent and a source of the problems facing the state and the nation. This is the primary reason I have refused to commit to caucusing with either Democrats or Republicans if I am fortunate enough to be elected, and why Brent Wangen has done the same.

I will INSIST on a consensus candidate for leadership positions within the Delaware State House, and Brent would do this also. We have all seen what happens when we elect the "most senior" party hack politician to Speaker of the House, President of the Senate, or whatever. They've been there the longest because they have the safest, most effectively gerrymandered district. They have the most insular, and extreme constituents.

A consensus candidate, not owned by any one party, would not suffer from these weaknesses. They would allow members of either party or no party to offer amendments. They would allow all bills worthy of consideration to face an up or down vote of the entire body. They would not seek to schedule votes to aggravate the most extreme and dangerous passions of the people in the lead up to election day to drive turnout of their base. They would seek to unify us around common sense solutions to our problems. They would seek to satisfy the vast majority of the population which does not closely identify with either party. They would hold all members, from all parties, accountable to the ethical and procedural rules without showing favoritism to members of their own party. If they didn't, the independent legislators would swing away from them and demand new leadership. It wouldn't take two years and a new election to throw the bums out.

In a two-party system, elections are indeed about which party will control the agenda, but they need not be. Vote for alternative party candidates and change the status quo. If the voters don't do it, the politicians certainly won't.